Are aging system assets, changing consumption levels, and new regulatory requirements impacting your utility’s financial health? Are you asking, “How can we most effectively develop a sustainable financial plan and implement new rates to meet the needs of our utility?”

Ensuring your utility rates and system capacity fees provide an appropriate level of funding and are also justifiable in a fluid legal and regulatory environment requires the kind of dedicated expertise that many public utilities just don’t have. That’s where we come in.

Water, sewer and solid waste utilities each have their own unique challenges. However, developing fair and equitable rates and fees means that they should be tailored to local priorities and customer characteristics. Our approach and methodology offer you exactly that.

Working within legal constraints and industry standards, we partner with our clients to study and develop sound and implementable solutions for the most challenging financial issues facing utilities today. Throughout the process, we strive to educate the public, manage community expectations, and work within the often confusing legal framework to develop the best solutions for your utility.

We act as strong advocates for our utility clients to ensure that rates address the multitude of challenges facing each community. Working from the ground up, we build sustainable financial plans to meet current and future funding requirements, evaluate the costs-of-service for each customer class, and work closely with stakeholders to design rates that meet goals and objectives while carefully balancing the need for rate increases with the impact customers. Once you have your study results, we support you through the Proposition 218 approval process to ensure approval.

In a community planning for growth, and wondering where sufficient funding is going to come from, a system capacity or connection fee analysis evaluates costs attributable to new development, and determines the amount new customers should pay to ensure “growth-pays-for-growth” in a fair and equitable manner.

All public agencies need to actively manage their infrastructure and capital replacement programs to ensure the long term viability of their utility system within funding constraints. We can provide the financial planning services to support infrastructure management and capital planning efforts.

We provide analytical support and expert witness services to help legal experts and agency staff navigate the difficulties of legal challenges on a variety of utility financial matters. Expert witness services help present in layman’s terms the intricacies involved in how your rates, system capacity fees, and related charges were established.

Unique projects arise in public agencies from time to time that require consultants well versed in the nuances of utility rate and system capacity fee development. Such projects include system valuations, feasibility studies, potential challenges to the rate structure, and other specialized studies. We can help you sort through these issues, provide alternative approaches, and accurately assess the financial impacts related to major decisions you may be facing.

As a part of utility rate studies, we efficiently assist agencies with both large and small districts in creating Proposition 218 notices, along with supporting rate tables that enable you to meet these mandatory requirements.

Privatization or system acquisition issues occasionally require evaluating the value of a utility, or even one component of the utility, in order to act in the most strategically beneficial manner. NBS can triangulate a system value using net-present value of future earnings, comparable sales, and replacement-cost-less-depreciation methodologies.

Most, if not all, policy and practical public decisions will have a fiscal impact. Note that a fiscal impact is generally defined as the net cost or benefit of a decision.We provide analysis to support the important decisions about how these fiscal impacts will affect others in the community as well as other public agencies.

The most prudent first step in a project is first defining the alternatives and then reviewing the various perspectives and opportunities associated with each course of action. Feasibility and Analyses will drive the succeeding processes and result in the most useful and workable outcome for all concerned.

It is crucial for the long-term financial health of an organization that has significant capital operations to have a financial “road map” that supports it overall facility plans. We use our experience with both financial planning and capital infrastructure management to develop tailored plans to fit your agency.

For a copy of the NBS booklet on Rates, Fees and Charges in the Post-Proposition 13, 218 and 26 Era in California, click below.

As we celebrate the Year of the Tiger, the Water Tiger to be more specific, we hope for success and good fortune! Let’s hope it brings a solid recovery to all our communities. Business Improvement Districts (BIDs, PBIDs, CBDs, TIDs, etc.) in many communities can support fiscal recovery and positive change, funding a wide variety […]

ADUs and Parcel Changes for 2022

Parcel taxes are used for a variety of reasons in many communities. There has been confusion in the past as to whether religious organizations are subject to certain types of these non-ad valorem (i.e., not value-based) property taxes. This confusion stems from the fact that religious organizations are generally exempt from ad valorem property taxes […] 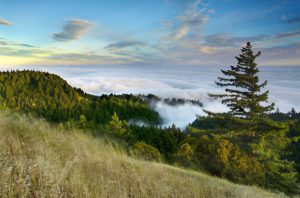 The Grand Jury conducted a survey of all sewer agencies in Marin (except the park services), with the intention of shedding light on the operational, financial and governance aspects of these agencies. [They] also inquired about [the agencies’] experiences cooperating with each other and their views on consolidation.

The City of Sausalito completed a Rate Study* and adopted a resolution in March 2014 whereby their rates will be increased over a 5-year period and a volumetric charge, based on annualized winter water consumption, will be incorporated into the base rate. The approach taken by this study could be considered by other agencies looking at rate increases and how to incorporate a usage element.

The City of Sausalito’s Rate Study presents a combination of fixed and variable fees to  meet capital improvement projects and create greater equity among ratepayers.

The City of Sausalito share its rate study dated February 27, 2014, with all the collection agencies in Marin County.

We would love to hear from you! Please take a moment to let us know how we can help you below.